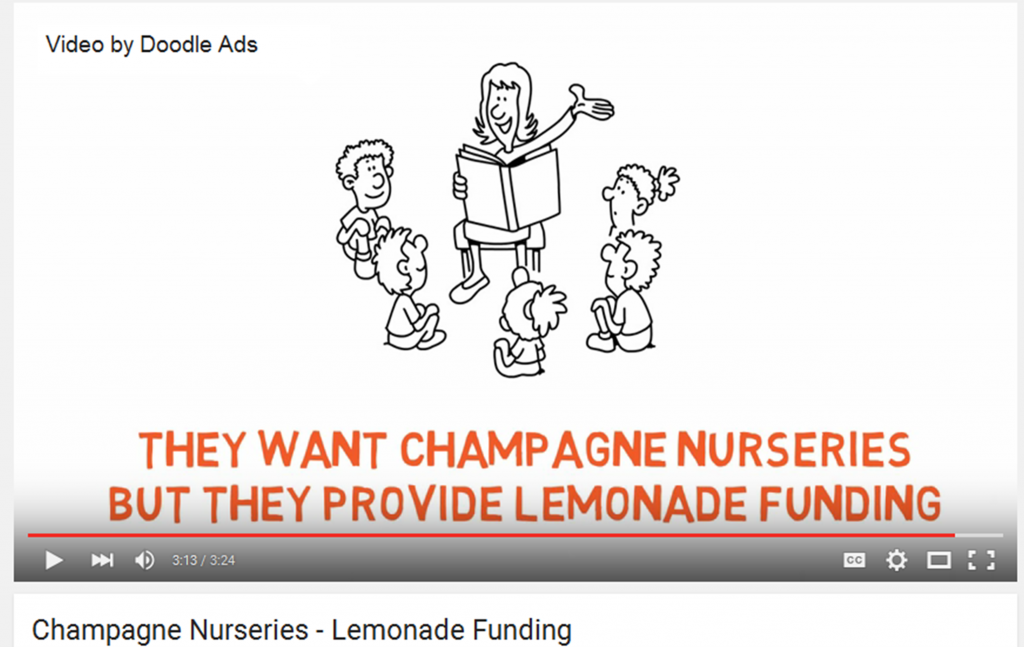 Liberal Democrat leader Tim Farron has backed the ‘Lemonade’ Nurseries’ campaign, this campaign is asking for the government to stop telling parents that the 30hrs offer is free.

While the Lib Dem leader was out and about campaigning around  London, the campaign group’s founder Donna- Marie Row was able to talk to him about the underfunded 30hrs offer, she spoke about parents are not being told the truth and that the conservative party is saying it’s free childcare.
During the conversation, group campaigner Donna spoke about how providers will be making a loss due to them not being able to charge parents a top up, Lib Dem leader responded that providers will be making a significant loss. The Lib Dem leader was more than happy to talk and once he was informed of being filmed he added that he would definitely support the campaign.
A video of the conversation was posted on facebook with the words  “That moment you’re blissfully walking through London during a weekend away to suddenly stumble across a massive opportunity.”

Why not join this group on facebook https://www.facebook.com/groups/ChampagneNurseries, to watch the video and to find out more about this campaign.

Nursery Opens 24hrs To Help Parents There has been a call for twenty-four-hour nurseries to be rolled out across the U.K. as parents struggle to find childcare. With … END_OF_DOCUMENT_TOKEN_TO_BE_REPLACED

How music can help children's development The benefits of music are enormous; both consciously and subconsciously music is a part of our everyday life. Children are … END_OF_DOCUMENT_TOKEN_TO_BE_REPLACED

How to support children's communication From the outset it is second nature to support a child’s communication; parents often do this without thinking. Talking and … END_OF_DOCUMENT_TOKEN_TO_BE_REPLACED

How Playmobil can capture children's imagination Playmobil has been capturing children’s imaginations for over forty years. Hans Beck came up with the idea back in 1967 … END_OF_DOCUMENT_TOKEN_TO_BE_REPLACED