You are here: Home / Learning and Development / Should the early years stop messy food play?

Do you think the early years should stop messy food play? 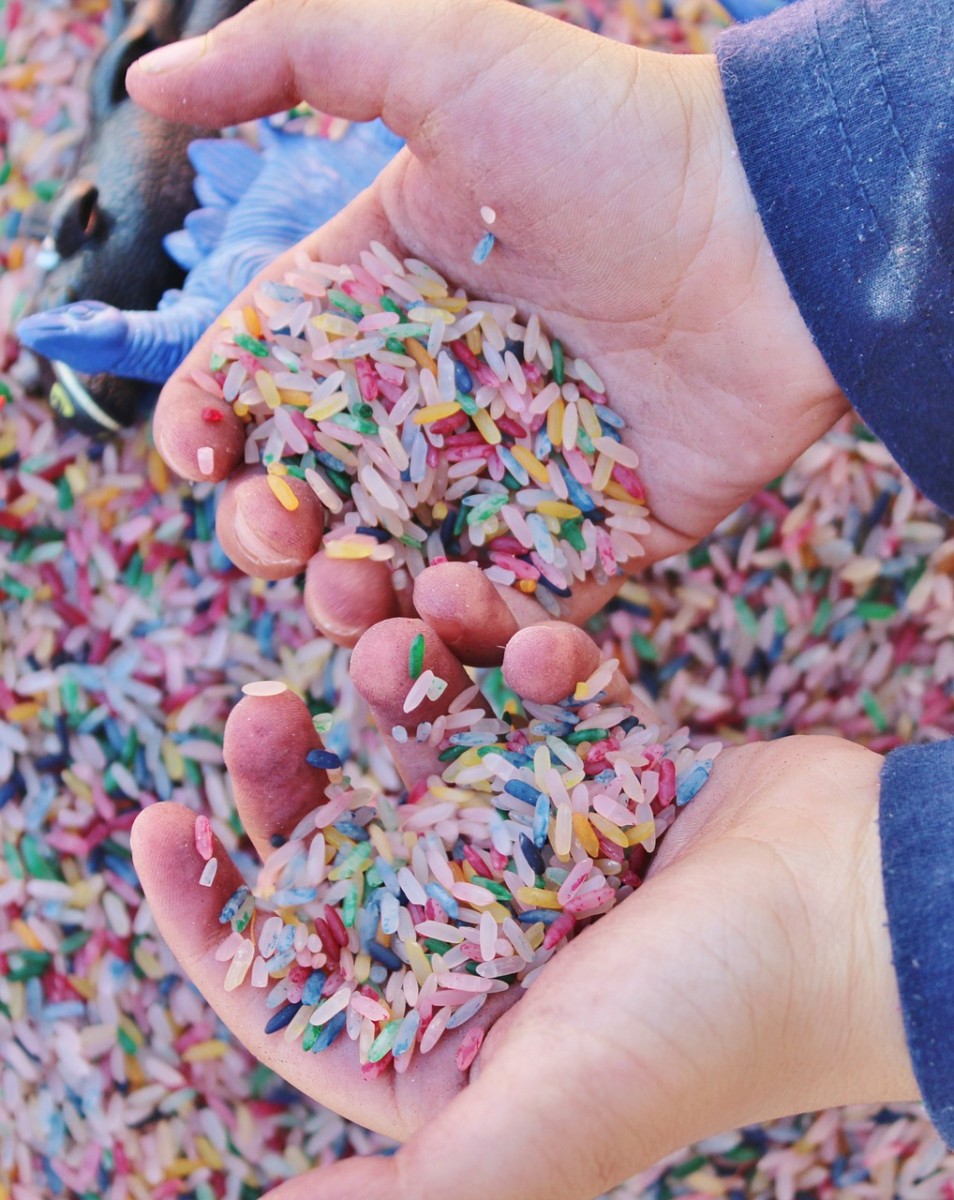 Messy play and messy food play have played a large role in early years development and learning for many, many years. This is because of the sensory benefits and because all seven areas of the early year’s foundation stage can be promoted through messy play and messy food play. Food is often used in other ways in the early years from flour to making playdough, herbs to cut and dried coloured pasta and rice for pictures. The options really are endless and the learning that comes from this is vast. However, some people are now arguing we have become wasteful and that food should not be used during these messy play sessions and arts and crafts.

Why should messy play with food stop?

Some practitioners believe that with the current economic crisis many parents and families are experiencing, the rise in food banks and a number of children living in poverty in the UK and across the world means that they feel it is morally wrong to be using food for messy play purposes. They feel the food could be better used to support families and children in need and that playing in food is simply wasting it. They believe children should be taught the value of food and not to be wasteful and take for granted the lovely foods some families are able to eat and the setting provide. It could be argued there are plenty of other ways to promote development rather than using food. For example sand, shaving foam, sensory rooms, toys and gardens, mud kitchens and normal art materials

Some people also believe that messy food play should not be allowed as it encourages children to play in their food at meal times rather than eat it and display good table manners.

As with all debates, there is always a counter argument and it is important to consider all opinions. Others believe that because of the benefits of messy food play through promoting the senses and all areas of the EYFS that the food is not wasted at all. Other arguments also suggest that messy food play is more important because of the poverty experienced by some families so that children are having access to and experiences of all foods, fruits and vegetables.  They believe the first-hand experiences and conversation that is sparked during food play could help children develop well, achieve high and at some point be out of poverty. Some are in the middle and limit the number of times food is used during the week for messy play and art activities. It could be suggested that to create balance settings could contribute to local food banks and enrich the menu’s so that all children are experiencing a variety of foods.

With regards to playing in food rather than eating it, many argue that for babies playing in food whilst eating it at meal times is how children learn to eat, chew and feed themselves. With a good mealtime routine, sitting at the table and having plates and cutlery should be enough that older children know it is a meal time and that the food is not for playing in, however as discussed above many will argue this is not the case.

There is no right or wrong side of this debate.Will you be changing your opinion on messy food play now?

Nursery Opens 24hrs To Help Parents There has been a call for twenty-four-hour nurseries to be rolled out across the U.K. as parents struggle to find childcare. With … END_OF_DOCUMENT_TOKEN_TO_BE_REPLACED

How music can help children's development The benefits of music are enormous; both consciously and subconsciously music is a part of our everyday life. Children are … END_OF_DOCUMENT_TOKEN_TO_BE_REPLACED

How to support children's communication From the outset it is second nature to support a child’s communication; parents often do this without thinking. Talking and … END_OF_DOCUMENT_TOKEN_TO_BE_REPLACED

How Playmobil can capture children's imagination Playmobil has been capturing children’s imaginations for over forty years. Hans Beck came up with the idea back in 1967 … END_OF_DOCUMENT_TOKEN_TO_BE_REPLACED