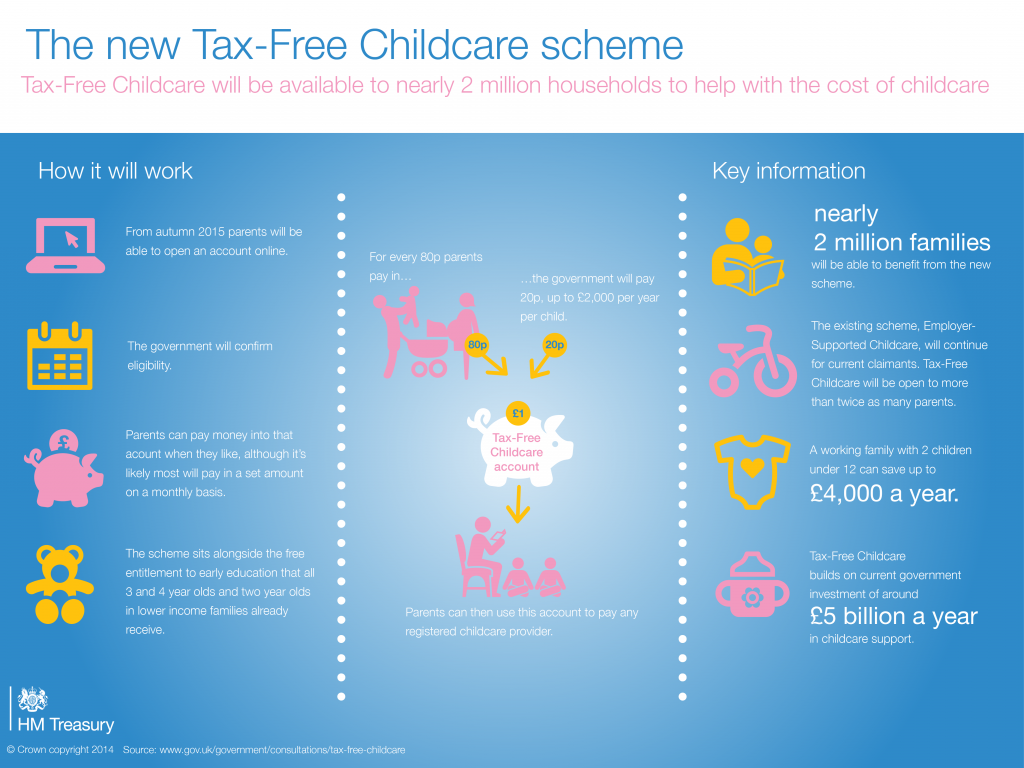 Childcare voucher schemes will close to new employees from April 2018 so parents will need to decide whether to join their company’s scheme by then or join the new tax-free childcare scheme.

The TFC scheme will operate through online accounts and for every 80 pence paid in, the Government will add 20 pence up to a maximum of £500 (£1,000 for disabled children) per child for each three month entitlement period.

“Since the scheme was first announced, LITRG have raised many concerns about the interaction between TFC and other childcare schemes. People will face extremely complex and difficult financial decisions about whether to join the new TFC scheme or stay in existing schemes including childcare vouchers, tax credits and universal credit.

“It is crucial that the Government ensure that detailed guidance is published over the next few months ahead of the commencement of the scheme and that potential users are given support to help them make the right choice. For the most complex situations, a telephone advice line should be provided with trained advisers who can guide people through the interactions. Funding should also be made available for the voluntary sector to support people with these difficult choices.”

New nursery to open in Halstead Parents in Halstead are celebrating the news that a new nursery is to open in the thriving town community of Halstead. Richard De Clare … END_OF_DOCUMENT_TOKEN_TO_BE_REPLACED

Nursery Opens 24hrs To Help Parents There has been a call for twenty-four-hour nurseries to be rolled out across the U.K. as parents struggle to find childcare. With … END_OF_DOCUMENT_TOKEN_TO_BE_REPLACED

How music can help children's development The benefits of music are enormous; both consciously and subconsciously music is a part of our everyday life. Children are … END_OF_DOCUMENT_TOKEN_TO_BE_REPLACED

How to support children's communication From the outset it is second nature to support a child’s communication; parents often do this without thinking. Talking and … END_OF_DOCUMENT_TOKEN_TO_BE_REPLACED