You are here: Home / Early Years Practice / The benefits of superhero play!

Why support and promote superhero play? 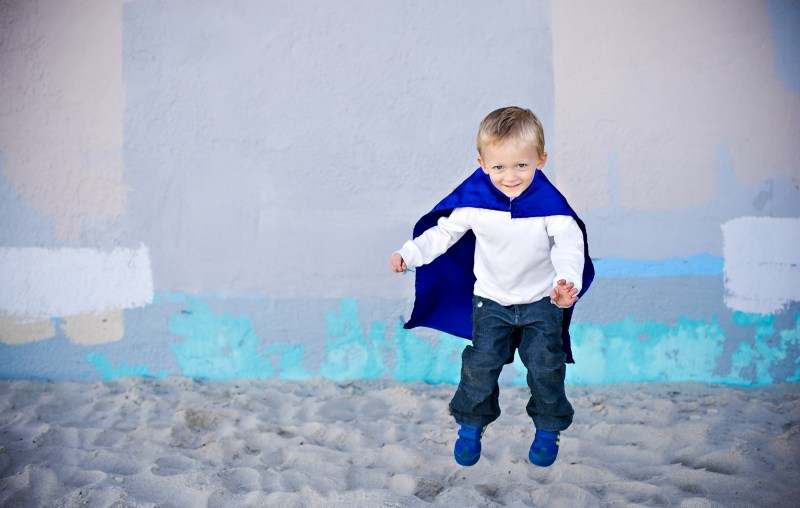 Superhero play in the early years can be a fantastic topic or classroom theme, especially when starting with a new group of children. Superhero play is not just aimed at boys but many girls feel inspired and excited by a superhero topic. The superheroes you choose for your topic or play do not have to be the usual Spiderman or batman but can be any fictional character with any super powers that you choose. Superheroes have many qualities which the children will want to share and often they will look to superheroes as icons and role models. This is why using superheroes and concentrating on their qualities rather than the fact they fight the bad guys can lead to some fantastic scaffolding for children. Some of the qualities you may choose to incorporate into your superhero theme are:

Children find superhero play very engaging and this can be used to not only promote positive behaviour but also to encourage learning in any area of the EYFS. It captures children’s imagination and allows them to freely explore the world around them and to make sense of the world through discussing another character or pretending to be a character such as a superhero.

The options are endless and once the children have grasped the concept that superheroes are more than fighting bad guys you could incorporate real life superheroes into the topic. For example firefighters, doctors, vets, police men these are all seen as real superheroes as they have all the qualities listed above and try to save people or animals. This is a brilliant way to get involved in the local community and arrange some vistors or some outings. You may also choose to involve superheroes from the animal world who have super powers. For example, ants are incredibly strong and can carry things that are much heavier themselves or cheetahs who can run incredibly fast. The possibilities are endless with superhero topics and play and the children have so much fun that learning doesn’t feel like a chore. Be inventive and creative with how you incorporate superhero play into your setting and always spark some magic.

Have a look at some superhero play suggestions below:

New nursery to open in Halstead Parents in Halstead are celebrating the news that a new nursery is to open in the thriving town community of Halstead. Richard De Clare … END_OF_DOCUMENT_TOKEN_TO_BE_REPLACED

Nursery Opens 24hrs To Help Parents There has been a call for twenty-four-hour nurseries to be rolled out across the U.K. as parents struggle to find childcare. With … END_OF_DOCUMENT_TOKEN_TO_BE_REPLACED

How music can help children's development The benefits of music are enormous; both consciously and subconsciously music is a part of our everyday life. Children are … END_OF_DOCUMENT_TOKEN_TO_BE_REPLACED

How to support children's communication From the outset it is second nature to support a child’s communication; parents often do this without thinking. Talking and … END_OF_DOCUMENT_TOKEN_TO_BE_REPLACED